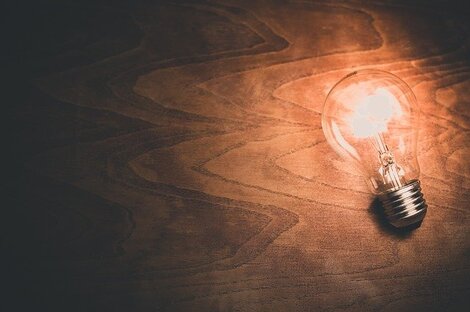 Image by Free-photos
The 10th fetter (Pali avijja) is usually translated as “ignorance”, though a better (and more literal) translation is “not-knowing”, in that what we believe to be true is in fact not so.   At this final stage of the path, we have peeled away all but this underlying tendency to grasp onto or seek something that seems true but isn’t, and it is this tendency towards misconception that gave rise to all the other fetters.

In the Buddhist tradition, the three fundamental misconceptions are that permanence, substance and satisfactoriness can somehow be found or known.  We may know at a conceptual level they cannot be found, but nevertheless choose, at a fundamental and likely subconscious level, to ignore that.  Ignorance is bliss, or we at least want to believe that.

How do we “not know”?  In general, we attempt to superimpose the three illusory qualities of permanence, substance and satisfactoriness onto everything we experience, and assume that they are or could be true.  We thus mentally create a different version of what is happening, where those three qualities are actually or possibly found.  That is not to say that these sorts of concepts have no practical or conventional use: good luck getting across the street or making dinner if you don’t use sidewalks and frying pans which are ostensibly permanent and substantial!

At a deeper level, though, we want those qualities to always and truly be present.  We are of course regularly disappointed and thus suffer as a result.  It is as if we have the underlying tendency to take these sort of ideas too far, and assume life can and in fact should be pleasurable and satisfying, that what we perceive has substance, and that there really is permanence and predictability to it all.  In essence, there is “ignore-ance” of what is impossible or not available, instead seeking a version of what is happening in which things are more to our liking.  We therefore think we know what is happening, but we in fact don’t know; “not knowing” is what is actually happening.

While in the 9th fetter we became OK with the fact that we aren’t able to find permanence or anything else, here we finally let go of the perceived need for them, and in fact the beliefs in them.  Whatever is, simply is; whatever happens simply happens, and we don’t have to (and in fact cannot) fabricate a different version of it.  At this final stage, we realize that none of that fabrication is needed, and in fact only adds complications.

Once the underlying tendency to false knowing is rooted out, we are finally done trying to interpret what is happening towards a particular end, and we can simply know what is happening; that’s “what’s left” once the interpretation machine is seen for what it is.  No particular thoughts or structure are needed as a support, and we find that we already know what we need to know.  Thoughts necessary for daily life reliably arise when needed, and then are released when no longer needed, without any belief or expectation that there is more meaning to them than that.

We are at unshakeable peace with that fact, and settle into what might be called our natural state.  It’s not nihilism: as the Zen saying goes, mountains are still mountains, and waters are still waters.  In other words, the interpretation machine still “works”.  However, we fully see that it is in fact all an interpretation, and one that is not to be taken as more than that.  The good news is that we will always be able to rise to the interpretive level and respond in whatever way is necessary, whether looking for our keys or talking with a good friend.

There is also an obvious “this is it, I’m done” sense when this last fetter is broken, whereby it is clear that there is nothing left to do in terms of spiritual practice.  Meditation is still possible, and even enjoyable, but the life-long urge to change, grow, let go or otherwise seek a change to what is happening and one’s experience of it via meditation comes to an end.  The Buddha frequently described it as going beyond the cause-and-effect of rebirth, living out the spiritual life, and doing what was to be done, by which there is no more coming into being.

Most importantly, suffering stops, not in the sense that hitting your thumb with a hammer won’t hurt (it will!).  Rather, it is that the mental anguish of not getting what you want or expect no longer arises, by which you can take care of your hammer-bashed thumb, calmly change lanes when cut off in traffic, and otherwise respond to life without any of the drama and anguish that once might have occurred.

No longer having any unrealistic expectations about what will happen, it can all just happen without feeling like there is anything wrong (or "right") happening.  However, it’s not that you will just go along with anything happening; in fact, you are more able than ever to intercede where it makes sense, because you no longer bring your own suffering into the situation.

As for the experience of this fetter falling, it may come as a disappointment that there are no grand fireworks displays or some other “peak experience” when suffering stops.  One aspect of working in a step-wise way through the fetters is that, by this point, there is so little left in terms of beliefs that need to evaporate that, as with my experience, the “big moment” is a brief recognition of the final shift, a "well, what do you know..." sort of recognition, and then on with the rest of the day.  Though the actual experience was thus quite straightforward, talking about that experience now with others reliably brings tears to my eyes: suffering really can end!

The tenth and final Mahayana bhumi is called the “cloud of the Dharma”, where one is now in a position to cause the rain of the Buddha’s teachings to fall on the rest of the world.  However, this is not to say that one achieves the effect or reknown of (what is generally presumed to be) the historical Buddha, and one may not venture into the area of teaching at all but instead share their experience of awakening in some other way.  As the final Mahamudra yoga describes, this is the point of no more meditation, at least in terms of meditation being effective as a means toward awakening and the end of suffering, because that is now completed.