The Experience of Awakening 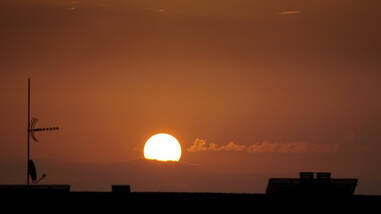 Image by Josep Monter
To the extent that awakening can be described, we must start with the fact that the primary experience is that there is no longer any suffering.  When suffering stops, you can be in the sort of situation where suffering (fear, longing, anger, frustration, etc.) did reliably arise, and it may seem odd at first that it doesn’t arise!  However, that it doesn’t arise becomes the new normal, by which the fact that there is no longer any “second darts” is not anything special.

What is happening in and around you is never perfect, nor is always just as you would prefer: it’s just that you no longer resist what is simply happening.  It doesn’t mean that you don’t care about what is happening, or that you will now acquiesce to what everyone else wants or never ask for what you want.  In fact, it may be just the opposite, in that you are now much more able to engage with and make changes within a situation because there is no longer a “me” and it’s associated baggage that gets in the way.  If you have what you like or prefer, that is OK, and it is also OK if you don’t.

Upon awakening, there is no fireworks show or other sort of “peak experience” to put the finishing touches on a glorious quest.  Instead, it is usually a very ordinary experience, where you finally see what you need to see, and no longer have to search for anything that isn’t there.  After that, life goes on: as a traditional phrase puts it, you will still chop wood and carry water, because that will always be needed in daily life.

Awakening doesn’t involve the wiping away of your personality - your memories, preferences, and (to some degree) habits all remain.  What changes, though, is that whenever those particular influences arise, you are at liberty to take them or leave them.  Rather than relying upon what you might have done in the past in a given situation, you are now able to choose whether or not that is the way to proceed.

In particular, the “first darts” of painful memories will arise, but there is no longer the inevitable adding of “second darts” to that pain, or to do anything except experience and accept the discomfort that naturally arises. Things always could be different than they are, now or in the past, but that doesn’t mean they should be different: the difference between “coulds” and “shoulds” can be a very helpful distinction, since some people believe that thoughts about whether there could be a different outcome will no longer arise.

When pain arises, be it from a hammer hitting your thumb or hearing a sharp criticism regarding something you said or did, there can be just physical discomfort or pain, without any of the familiar drama or complaints that once accompanied it.  Memories about how you once reacted can arise, but they no longer have the allure or importance they once had - they are simply how you used to respond.  Familiar thought trains might appear, but just as a car engine without any fuel will turn over but not start, so too will those familiar thoughts fail to go anywhere.

Put another way, you don’t suddenly get a new library of “perfect” responses to whatever happens.  Old ideas still come up, uncomfortable memories linger, and certain habits will still present themselves as possible options.  However, you now are able to hold off on what might feel like “taking the bait” on those previous options, and instead wait for a better response.  It may not be the “best” or “right” response, and you may still do a version of what you’ve always done for lack of another idea.  However, a good response will arise and can be trusted, and you eventually learn to trust what naturally arises.  Such responses always do arise, even though you may have often talked yourself out of it, such as not saying a kind word to someone with whom you are in disagreement because (for example) you decided that the other person doesn’t deserve it.

You can respond, and then move on without any postmortem critique or guilt.  If you do engage with a difficult situation, and a lot of energy gets stirred up (which will happen!), there nevertheless remains what feels like a tranquil core, a quiet pool of water whose surface only slightly ripples as it maintains its equanimity.  And once the difficult situation is over, it is over, and you can quickly let go of the thoughts and energy that arose.

The Experience of No “Me”

In addition to there being no more suffering, awakening entails the absence of the sense of “me”, which also becomes the new normal.  It might be said that while you awaken from the belief in “me”, you don’t really awaken to anything, for example “the nature of reality” or “the way things really are”, since there is simply “what’s left” after all sense of identity and expectation disappear.  If anything, you wake up to the fact that in the seen, there is simply the seen, in which there is no “me” whatsoever.  It’s rather like waking up from a dream, and being fully back to everyday life.  However it is described, there is a complete lack of identity, therefore no longer a “me” to be concerned about or cater to, and of course nothing to which labels like “awakened being” could possibly stick.

On a physical and experiential level, there are no perceived boundaries or separation.  There are still what might best be described as nominal differences that are always and readily perceived, which are handy if you want to walk through a doorway rather than into a wall!  However, these nominal differences no longer make it seem as though you live in a world of absolutely separate things, primarily because there is no longer any sense that there is a “me” that is separate from anything else, or that is experiencing or doing anything.

Of course, this lack of perceived boundaries doesn’t mean that others can know or listen to your thoughts; it’s just that there is no longer the sense of there being an inherent or innate “in here” aspect to life. As a result, nothing seems internal, owned, controllable, familiar or safe, which attributes you may have once believed must be true, but now are rather foreign concepts.  And yet, you are nevertheless able to safely and effectively get through each day, and do what you want or need to do.  Though there is no longer a sense of control, in its absence there is a tangible sense of freedom, knowing that seeking to control what is happening isn’t possible and, as it turns out, not necessary.

When all sense of “me” vanished, it struck me that it was as though someone had strapped a video camera to their forehead and went about filming all the sights and sounds of their life, and I was simply watching it.  Life was (and still is) clearly happening, but not to “me” - there was no longer a sense that these were “my” experiences that I was seeing.  That said, first-person pronouns like “I” and “me” were still perfectly usable (which makes writing this article considerably less awkward!), even if they no longer have any particular meaning.

After awakening, everything (and everyone) else is still there: the only thing missing is the sense or flavor of “me”.  However, though everything else remains, it’s not the same version as when you started out.   As a Zen saying goes, in the end mountains are still mountains, though what exactly those “mountains” are to you is now different.  Rather than living in a world of what seem to be actual “mountains” with inherent boundaries and separation, “what” you see, hear, think and otherwise experience is now simply a collection of optional labels, and clearly a (quite helpful and at times necessary) interpretation of what is happening.

As an analogy, imagine you are sitting in a movie theater, where throughout the movie you recognize each and every item that was on the movie set: chairs, books, trees, birds, people, etc. - it is effortless on your part to recognize what it all was.  And yet, it is a two-dimensional display where, during the movie, it may seem there are actually chairs and trees, but it is also easy to look away for a moment and come back “out” of the movie and realize it is all images.  It wouldn’t make any sense to definitively describe anything that you saw, for example whether the chair had the nature of being permanent or impermanent, because there was nothing actually there to which a descriptor could apply.

Upon awakening, that is more or less how the world appears.  In the later Buddhist tradition it was emphasized that all we perceive is “empty of nature” - it defies description, and doesn’t require it either.  It might be said that once there is no longer any “me” that is maintained, nothing else is maintained either; the belief in an actual “me” leads to the belief in an actual “all else”.  Thus, you don’t forget what “frying pans” and “red stop lights” are, but since there is no longer a “me” that stands in opposition to them as a reference point, there is no sense of actual separation or existence.

In addition to there no longer being a sense of separation, there is also no sense of its mutually-defined opposite, connectedness.  For example, you don’t feel “interconnected with all else”: it’s just that there is no longer any perceived separation - the whole notion of separation or lack thereof loses its meaning.  And indeed, what you see or otherwise experience defies the use of many common pairs of descriptors, such as permanent and impermanent, or beautiful and ugly.  Once you see what and who you are(n’t), this lack of describable nature of all else becomes clear as well.
​