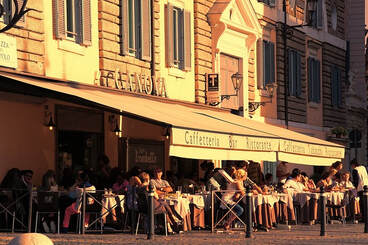 Image by Pexels
On a practical level, there may not be many changes after awakening.  There will not necessarily be any reason to change or abandon any aspect of life - in all likelihood you will have the same family, friends, job, interests, habits, preferences and hobbies.  Of course, there may be changes, especially if it becomes clear that some sort of change is called for.

What does change, however, is that you are more able to respond, rather than react, to whatever and whoever is in your life.  And if you are no longer concerned about or catering to a “me”, your response can more easily be one of love and compassion, rather than of guardedness and selfishness, bearing in mind that your responses to the world aren’t suddenly (or ever) perfect and effortless.  And it still takes the expenditure of energy to be in daily life - it might be said, though, that you are now much more focused and efficient in expending that energy.

You can be more present if and when needed, but can also just relax and not get caught up in what others are doing or saying: the “best” response in a situation might be no response at all.  This ability to more readily adapt and respond is not a conscious thing, though - there simply aren’t any “personal” competing interests.  It might be said that we are naturally responsive to what is happening in life, and will simply do so if there are no impediments.

Those around you may or may not notice much of a change, depending on how well they know how you used to be.  However, those close to you no doubt will notice how you don’t seem to be on a roller coaster of ups and downs any longer, or perhaps that you seem much more grounded or open.  People naturally resonate with what they themselves are also seeking, thus it is natural that they will see it in you.  While you can be much more generous, compassionate and at ease around others, this doesn't mean you will be that way at all times, nor does it mean that you become a doormat to the world - anything but.  Instead, situations which you once shied away from are more easily engaged with, being able and willing to take a stand or intervene where before you may not have dared to do so.

One common misunderstanding regarding awakening has to do with morals and ethics, and specifically beliefs around the behaviors one “must” both undertake to awaken and exhibit once awake.  The Buddhist tradition has many lists of ethical and moral guidelines, often referred to as “precepts”, that are intended as training principles.  The most common lists have 5, 8 or 10 precepts, which some might suppose must be scrupulously followed in order to awaken, and thereafter will be the natural way in which we lead daily life.  As training principles, they of course can have much value, to the extent they highlight to us (and others) that our actions are driven by catering to “me” as opposed to seeing that there is no such thing.

That said, to the extent the precepts are taken to be ends in and of themselves, they can start to resemble the rites and rituals of the third fetter, which reinforces the idea that there is a separate “self” who (perhaps pridefully) follows the precepts.  Of course, this is not to say that there is no connection between ethics and awakening.  For example, refraining from sexual misconduct and harm is not just a training principle, but a predictable outcome of awakening as well.  However, these training principles are not absolutely necessary for awakening, nor are they necessarily going to be observed once awake.  For example, some might suppose that being a strict vegetarian is critical to the process of awakening, and will necessarily be the case once that process is complete; however, not all who awaken were (or are) vegetarians.

Within Buddhism, as part of the traditional “Way of the Elders” (theravada), there is a list of 10 training precepts for monks which, if scrupulously followed, would greatly differ from how daily life is led by most of us, before and after awakening.  For example, depending on our circumstances we may regularly handle money, eat at various times of the day, sleep in a comfortable bed, attend arts performances, and other things that a novice monk has undertaken to refrain from doing.  And once that monk is fully ordained there is a list of 227 precepts (and 311 for women) that must be followed, many if not most of which likely bear little resemblance to daily life as most of us know it.

The list of precepts for those who tread the so-called “Great Way” (mahayana) include the precept that we are to undertake to not broadcast the misdeeds or faults of members of a Buddhist community, and yet in some cases that is exactly what should be done.  For example, sexual abuse by those in leaderships positions (which the world is coming to realize is by no means unheard of in Buddhist communities) should be laid bare, since those who have committed such abuse are often unable or unwilling to reveal it themselves, can be reluctant to acknowledge it when it is revealed by others, and may even invoke this precept in order to discourage people coming forward in the first place.  Those who have awakened to one degree or another, by which they are able to see through rationalizations such as the harmful behavior being an example of “crazy wisdom” on the part of the teacher, will be more likely to bring these important issues up in the first place.

On a very practical level, once awake the body still feels good or not, depending on the day, and as someone approaching retirement age I know that the first darts can be both recurring and intense.  You still need to take care of yourself, and in fact you may need to pay more attention to what your body is saying, since you are no longer so concerned about how you look and feel.

And on a “spiritual” (for lack of a better term) level, you may teach others, formally or informally, or you may not.  You might join or even start some sort of spiritual community, or instead just relate to those you see and know on this new basis.  While you will be able to understand spiritual texts that were once confusing or inaccessible, there also may not be much interest in doing so.  “Spiritual” activities such as meditation and devotional practices may still be enjoyable, but also might be left behind as something that was of some benefit but is no longer necessary or of interest.

Awakening, as it is presented here, may sound confusing, inviting, scary, or a combination of those and more.  And yet, in the end, despite the preconceived ideas we might have about it, awakening is the most ordinary of experiences.  It is also the end of suffering, something we all want but may not realize is possible.  In the end, awakening and the end of suffering cannot be definitively described; instead, it is something you must experience for yourself, and I sincerely hope that you do.
​